Honda XL175 Cafe Racer Modification Sounds strange and make such question like, Is it Possible? That's Normal question if we remember what's Honda XL175 originally formed. XL175 Was an Enduro / Dual bike, It's hard to be true that it can be such Cafe racer model. 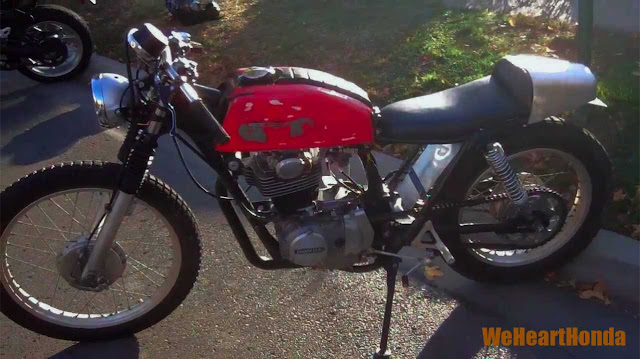 The enduro Model maybe near with Supermoto or Tracker that will no wasting many stock parts if it's modified. Enduro bike like Honda XL175 must removing many stuff To get the Cafe racer look, But it's strangely exist and there's some people who would do the Honda XL175 Cafe Racer.

Yes, Even there's just two Honda XL175 Cafe racer That i can find, but At least their evidence is enough to show that XL175 Cafe Racer is do exist.