Honda "CB750" started domestic sales in February 1992, Joining Honda CB Series and is equipped with an air-cooled, 4-stroke, DOHC in-line 4-cylinder 750cc engine for comfortable driving from city driving to touring using highways.
A long-selling road sports model. In order to enhance the texture, two types of seat skin are used on the seat and side, and piping is used. Also, the rear suspension spring has a brilliant image with a fighting red color. In addition, the CB750 Special with special colors and special equipment was released for a limited time.

In 2015, when the author received a large-scale motorcycle training, it was gradually replaced with the NC750L (NC700S training specification vehicle). Still, the air-cooled inline 4-cylinder CB750, which is easy to handle at extremely low speeds, is used for the practice of wavy roads .

The good thing I felt in the 4-cylinder bike lesson is that I can run in 2nd speed even with an S-shape that seems to knock when it is 2 cylinders. There is a medium-low speed torque for 2 cylinders, but the smooth feeling of the whole engine is for 4 cylinders. Because of the air-cooled engine, the engine was a little hot even in the lessons from October to November. 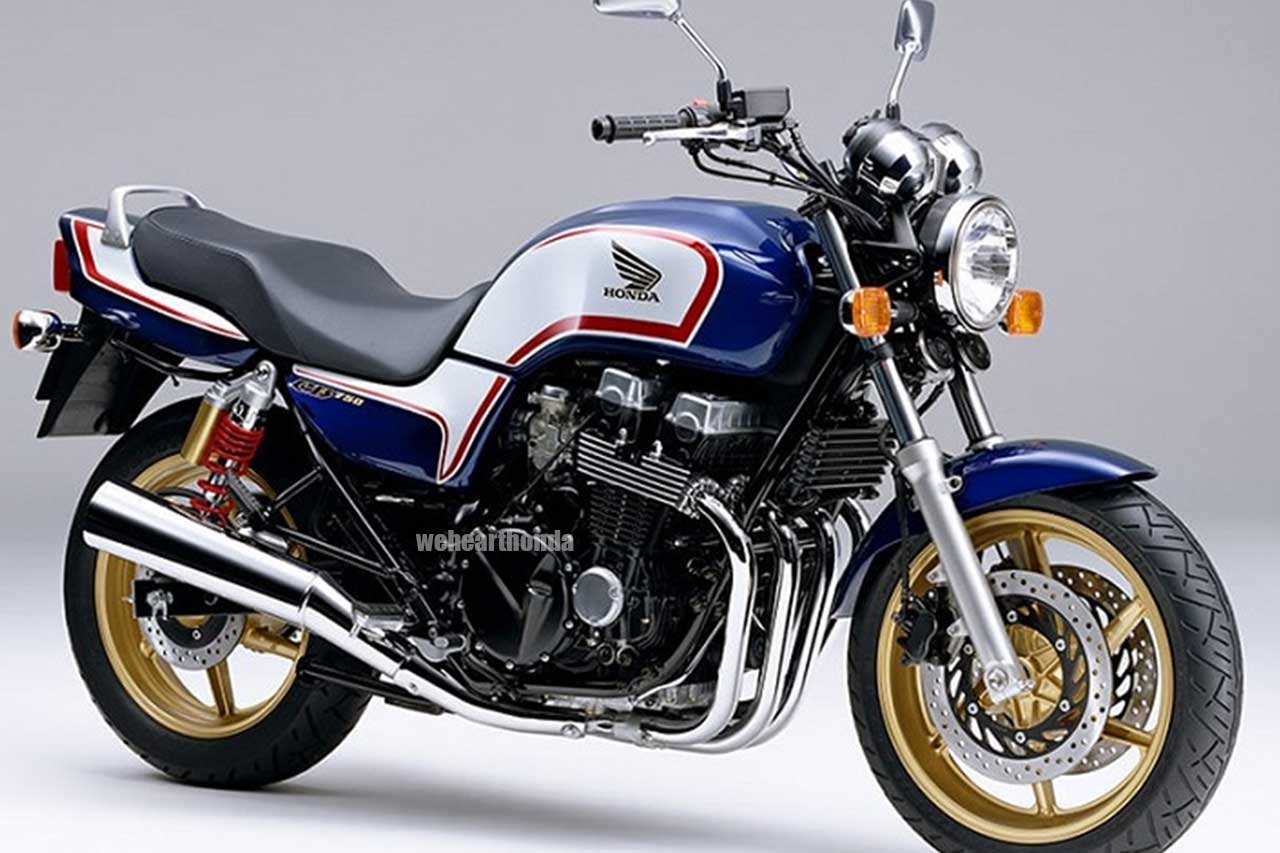 Admit, CB750FOUR rather than taste, such as the 60's finest cars, such as, a Honda feature of since the 1980s engine to visit as smooth motor We have received the impression that.

In contrast to the CB1100 , a successor bike that was developed with an emphasis on ride quality unique to air cooling , the air cooling engine of the 1980s was improved and mounted, so I think that it is such a feeling The

After all, I applied Honda's license support campaign and purchased NC750S , but there was something attracted to RC42, an air-cooled CB. In terms of specs, it was not as good as the most advanced bikes of the time, but it was a popular hidden bike due to its standard appearance and easy-to-use characteristics.

The air-cooled CB was an outdated engine with the introduction of the latest water-cooled 4-cylinder machine, the CBR900RR. However, when the Zephyr 750 appeared in 1991 due to the naked boom , Honda also began domestic sales of the Nighthawk 750 for export, and the development of the CB750 and the water-cooled 4-cylinder naked bike, the CB1000SF .


The RC17E engine installed in the CB750 is not a new development, it is the same type as that of the CBX750 in the 1980s . Still, for a high-speed oriented four-cylinder engine, the engine has a reputation for relatively long strokes and medium to low speeds, so it was easy to handle and matched Naked's almighty usage.

I think that this RC42 type CB750 was not popular because it was only black at first . If anything, the latest naked CB1000SF was more conspicuous. In 1996, when a large motorcycle license became available at a driving school, Honda sold the CB750 as a training vehicle.


With its easy-to-handle characteristics and just the right power, the CB750 has begun to gain popularity. With the minor change in 2004, the popularity of the red and white stripes reminiscent of CB750F began to reignite. 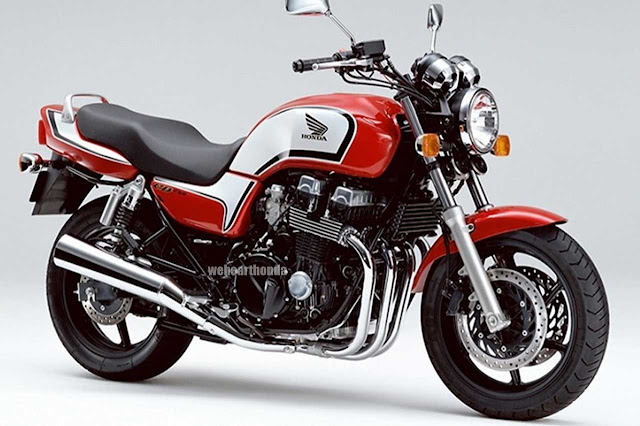 The large bikes at this time were mainly bikes that excel at high speed cruising, such as liter-over traps and ZZR , and 600cc and 1,000cc SS (Super Sports). The reason why the well-balanced CB750, suitable for kites, touring and everyday use, has been loved for 16 years is because it is a bike that you can ride and notice.

The CB750 was discontinued in 2008 because it was no longer able to comply with stricter exhaust gas regulations. Honda developed the CB1100 , a successor to the air-cooled CB , and began selling it in 2010.


The CB1100 is designed as a friendly bike rather than the satisfaction of owning a big bike like the CB1300SF / SB. In order to reproduce the feeling of air-cooled 4-cylinder bikes of the 6th and 70s, we used 18-inch tires for the vehicle weight of 250kg, which is 243kg.

However, some riders preferred the CB750 over the early CB1100. First, the tire is 17 inches for quick handling, and then the tank capacity is 20L. 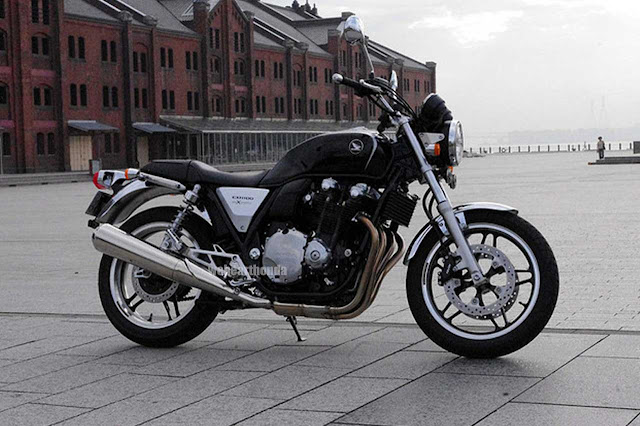 Even if it is an air-cooled CB, it is a large 4-cylinder motorcycle, so the fuel efficiency is not very good when turned. The CB1100 had a small tank capacity of 14L until a derivative type such as EX or RS was added.
I personally think that the CB1100 is my favorite bike, and the tank shape of the current CB1100 is particularly beautiful and cool from the beginning. However, if you often go on long touring, you'll want to choose the CB750 even if the cab has poor startability.

NC750L is the successor to the CB750 , which is another easy-to-handle large training vehicle . Both of these training bikes were indebted.

In 2015, when I personally received a large lesson, several NCs were installed at Yao Sugawara driving school, and I told the instructor that I was planning to purchase the NC750S, which is almost the same type of motorcycle. Gave me.

The three new mid-concept motorcycles launched in 2011 had the same frame and engine. Standard among the NC700S , as a training vehicle for large two-wheel, I was sold in 2013 are bore up to 745cc in order to conform. 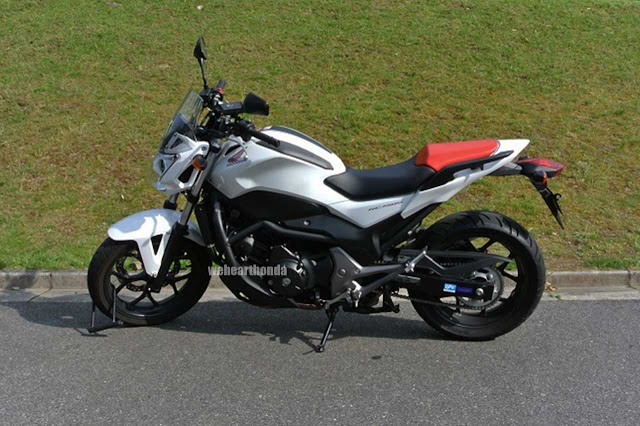 The author, CRF250L 3 years until switching to, but had been riding on the NC750S, thanks to riding on a lot at school NC750L, easy to ride from the beginning, fuel consumption was also good fun to bike.

Compared to CB750, the front brake is not double, so it is inferior in terms of braking power and smooth feeling of 4 cylinders. However, because the NC was injection, it had a high startability, had a met-in space, was light and fuel efficient.

Also, because CB750 is an open type battery , there was a demerit due to the old structure that required battery replenisher.